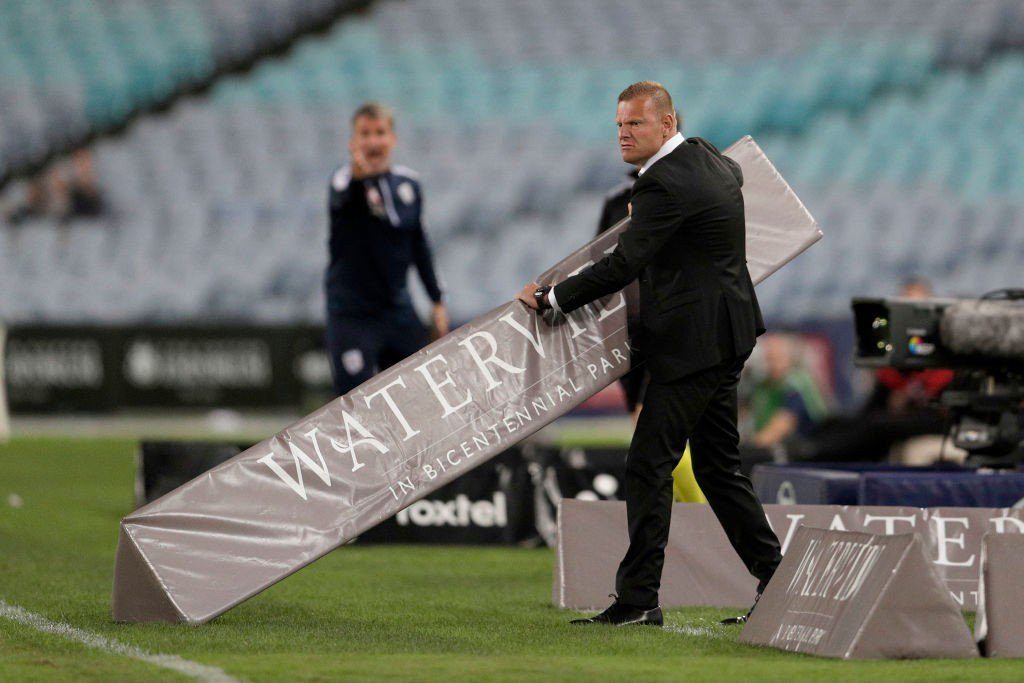 Let the countdown begin, there are only five more weeks until the start of the 2018-19 edition of the A-League. The world’s longest off-season is nearing an end and the pre-season monotony has firmly settled in.

I don’t know about you, but I’m thoroughly enjoying the annual member backlash to the logistics of membership pack deliveries, the lack of depth in a position we actually have multiple options in, and why Grozos’ FIFA rating is so low. If you keep telling people he’s good, he’ll be off to Melbourne City before you can say ‘Mooy underperformed under Popovic’.

We can’t forget the chorus of anger toward the performance of our squad in pre-season matches that we haven’t watched (yes, I know our friendlies aren’t technically open to the public, I have Twitter as well).

The Wanderers are heading toward their seventh campaign in the A-League. After a lacklustre 2017-18 season, there’s a huge weight on the shoulders of Markus Babbel and co to right the wrongs.

Many of the Wanderers’ faithful will tell you that there is an expectation that comes with the red and black hoops. One of glorious success, no excuses, and a dynasty of trophies. It’s this idea that we accept nothing less than year on year of top two finishes, continental qualification, noisy packed stadiums and a squad full of future Socceroos.

Personally, I’ve always believed that we are forever tarnished by the perfect storm that our club initially formed and operated within. The recipe, although seemingly unorthodox from the outset, complimented perfectly the melting pot that is Western Sydney.

In our inaugural season, nobody in their right mind would have believed that our opening fixture against the Mariners would be that season’s Grand Final. I’d have laughed if you’d told me we’d be crowned Premiers at season’s end.

As if the ‘underdog’ achievement wasn’t excellent enough, we then went on to add ‘plucky’ to that tag by winning the Asian Champions League and achieving one of the greatest feats in Australian, if not Asian football history (just in case anybody forgot about that).

We went from the A-League’s stopgap solution to four finals series in five years, and two trophies. The bar had been set so high, that anything less is now deemed a failure. What is more perplexing, is how the A-League is structured. Long-term on the field success is extremely hard to sustain.

On the show, we’ve long debated what truly constitutes success. One thing is clear, the divide and differing opinions from even the ATB parish shows the concept of success is a balancing act. Play good football or get results. Build youth or invest in marquees. Balance the books or splash the cash.

In a perfect world, wearing my red and black tinted glasses, we’d be able to achieve all these things. Objectively, with the financial constraints and structure of football in our great nation, this is perhaps a tall order in the short term.

If you’ve read this far, I’d forgive you for already wanting to bust out Twitter to tell me to shut up. I’d wager our dear friend Speccy has already done so in the confines of the ATB group chat. I’m in no position to be telling you what to think, expect or desire.

For the most part, I generally find myself agreeing with the general aforementioned opinions and expectations. I am however, always trying to remind myself that football is won over 90 minutes, and not in the opening few minutes.

It may have been a perfect storm that formed us and kicked us off, but it was the subsequent gales of disaster that pushed us off course. The horrors of stadium migration, the sudden resignation of Tony Popovic, and the ill-fated tenure of Josep Gombau to name a few.

While the cavalcade of disasters may appear to be a poor epilogue to the brilliant fairy-tale, it could actually prove to be the opening chapter of a brand-new success story. One that will make the dire last few seasons seem like a minor blip in our long-term history.

Indeed, the foundations appear promising. We’re about to become the major tenant in Australia’s greatest, most advanced and likely iconic football stadiums. With its steep rake, and safe standing facilities, the ground is tailor made for the fanatical fans that follow our great club, and whose vibrant colours, noise and passion was once the envy of the entire league.

The hiring criteria and minimum requirements of our new manager is one of respect, understanding and belief in the Western Sydney community and its values. To understand that the club stands for more than points on a table, and trophies in a cabinet.

Soil has been turned on several hectares of land in the Blacktown, in a monumental agreement between Blacktown Council and the club to build a world class football facility. Top-tier training fields, player facilities, and an administration base. One that will serve the proud representatives of Western Sydney for decades to come.

A world class academy will also accompany our new training grounds, giving our Western Sydney juniors a chance to graduate their youth football education in the best environment our community can provide.

Combine that with the quiet creation of a dedicated youth program. Headed by Ian Crook, we’ve seen success in the previous season’s National Youth League, as well as international invitationals pitting our youngsters against some great academies from around the world.

As the self-proclaimed heartland of football, there is a huge air of expectation that our academy should be fostering the stars of tomorrow. The larger philosophy of our academy leaders shows that the Wanderers mean business (you can hear more about this on our Nick’s ATB Extra: The Western Sydney Wanderers Youth Academy).

Our academy isn’t just there to fill a void, but rather meet the expectations of the fans – to not only bring through future stars, but rather ones who hail from the Western Sydney region. The Athletic Bilbao blueprint.

It’s a cultural expectation we have, to not only represent Western Sydney but to further it. This is the founding theme of the Wanderers, that we are slowly back on course to attain. Football is not just entertainment, but a method to truly be a driver of positive change for the region we call home.

While individually innocuous, these small changes small steps toward making the Wanderers a true representation of what we wanted when we were first formed. Pride in the shirt, an understanding of what makes our people so great, a focus on the expression of the fans and our passion. When all combined, the results will come, great players will come and buy into the philosophy, and future Socceroos stars will be born on the fields of Blacktown and shine in the hallowed halls of Parramatta.

With these small initial steps, in the long term I truly believe Western Sydney will be one of the greatest institutions in Australian sport. As long as we adhere to the tenets we demanded when the club was initially formed, we will become undoubtedly the biggest football club in the country. The Wanderers will become a driver of change, creating jobs, pathways, assistance for those who call Western Sydney home. An institutional influencer, a true jewel in the crown for our great community.

Initially, I raised the question as to why we hold such high expectations of our club despite the difficulties. While many would call us foolish, deluded or unrealistic, I propose a final viewpoint: our requirement for success is the final piece of the Western Sydney puzzle. It’s what drives us to chant louder, play better, train harder. It’s the dedication that makes us devote hours to our football team, defend our community, and fight for causes we believe inside or outside of football.

It’s not so much an expectation of our football team, but a reflection of who we are. So, should we be expecting any less of the Wanderers? Absolutely not. It’s what makes us great.