Previously: #BlockedByCahill swept away #TimmyTime in the Cahill derby and faces the gift that keeps on giving SokkahShazza who easily defeated Charles Purcell, for a place in the Final. 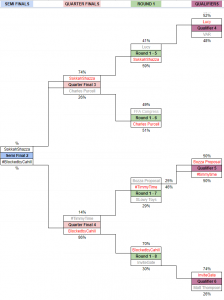 Read about them here: https://t.co/GSZWYuEFof