The Best of #SokkahTwitter 2018 – Round 1-8
The final Round 1 match up before the Quarter Finals. 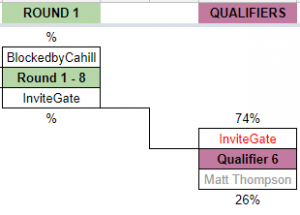 Big clash in the final Round 1 match up.
Robbie Slater's #InviteGate
vs#BlockedByCahill – which is still relevant this week

Get voting #SokkahTwitter before the Quarters start next week.

Read about them here: https://t.co/EtjithNFB1

Robbie Slater apparently wasn’t invited to the A-League awards night. He complained on Twitter and was outraged. It even prompted the FFA official account to get involved:

Despite reports to the contrary, Robbie Slater was invited to last night’s #DolanWarren Awards, in the same manner as the rest of @FOXSportsAUS commentators and Warren Medal voters. @FFA continues to be grateful for Robbie’s contribution to the game and hoped he would attend.