Welcome to this week’s edition of The Best and Worst series.

Don’t forget to this those share buttons, check out all the previous Best and Worst editions and subscribe to the podcast.

Disclaimer: These observations are from what I can remember from the front row behind the goals on Friday night as I haven’t re-watched the game (why would anyone want to?).

Worst – Captain Cornthwaite Leaves
I read somewhere that Cornthwaite was actually going to sign an extension with WSW but the Malaysia deal came through, and I guess it was too good to pass up for a player nearing the twilight of his career and with another child on the way. I can’t fault Captain Cornthwaite for the decision, but it came at the worst possible time for the team. We only had one recognised senior centreback available for this match, with Aspro just returning from the failed u23s Asian Cup and Hamill suspended. Tass Mourdoukoutas was selected for the matchday squad after his 5 minute cameo versus Phoenix. But in the end, Gombau decided to slot Clisby to partner Thwaite in the heart of defence. He stated in the post match presser that he was more confident in Clisby than throwing the young kid into such a tough match.
Funny.
He threw the young kids to the wolves in the Sydney Derby 6 weeks ago. So why change now? 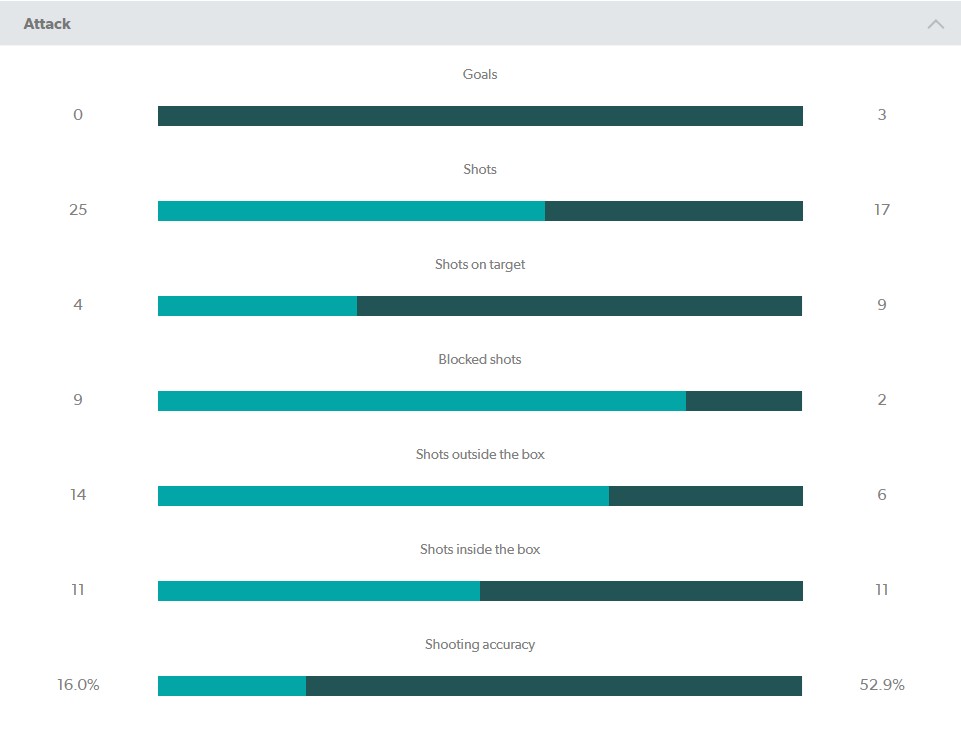 Worst – Can’t Take Our Chances
Same old same old. The above stat table from the official A-league website tells us all we need to know. 4 shots on target out of 25? Victory had half their shots on target and a third of them went in. This is the difference maker right there. Its been this club’s problem ever since I can remember. We just simply cannot convert our chances. Riera hits the cross bar from a first time volley from a corner, scores a tap in but is a step offside, Lustica skies it into Row Z when he takes his chance first time when THIS time he should have taken a touch, unlike last week.
You watch the highlights and its rather even in the number of highlights and chances. Victory just took theirs.

Too quick on the break, what a goal! #WSWvMVC #MVFC pic.twitter.com/vRvk7sCRdc

Worst – Ball Watching Again
Every single goal was avoidable. This is what frustrates me the most. If a team scores a brilliant goal, then fine. But when you defence just lets them without putting any pressure then it gets beyond annoying, frustrating and outright ludicrous.

Goal 1: Risdon doesn’t follow Thwaite to spring the offside trap and just stays where he is, keeping Barbarouses onside to run at the defence and a retreating Llorente who stands off him the entire time.

Berisha had a great chance to go 2-0 when he had a free shot from point blank range that hit Vedran in the chest. Thwaite throws his hands up, maybe because Herd and Llorente follow Leroy George to the near post and leave Berisha in the box unchecked. Thwaite was about 10 yards behind the action. How is the most lethal striker in A-League history left to waltz into the 6 yard box unmarked?

Goal 2: Leroy George turns Clisby and Llorente inside out multiple times before again, Berisha waltzes in and gets on the score sheet

Kosta Barbarouses… WOW! What a hit.

This goal sealed a huge 3-0 win for Victory away to the Wanderers.

Worst – Defend Closer Than 2 Metres Please
Goal 3: Llorente makes a move to close Barbarouses down, then decides to stand in the line of defence as Barba picks his spot unchecked and scores to make it 0-3.
I’m a big fan of Llorente’s attacking ability but his defending has been suspect at times. In the first goal, he stood off Barbarouses instead of putting more pressure on him. He did the same thing back in Round 3 when O’Neill scored the equaliser for SFC. Unfortunate for Llorente, but he was involved in all 3 goals conceded. Either by not closing down his opposing number or getting turned inside and out alongside Clisby by Leroy George.

Its bad enough half the team likes to ball watch, then the other half gives the opposition all the space they want.

Worst – Playing Teams Into Form
We always joke that we play teams into form and every opposition goal keeper turns into Buffon. I didn’t even realise that Lawrence Thomas wasn’t playing for Victory on Friday until it occurred to me the name on the back of the goalkeeper’s jersey wasn’t “Thomas”. So we looked up Matt Acton on the ever reliable Wikipedia. So this guy hasn’t had much game time in Australia over the years. Turner tried to tell me that he is no name, until I pointed out his career thus far. Turner’s response was “Oh, I know him from Football Manager.” Football Manager isn’t real folks.
I digress. The above video shows just a sample of what Acton did against us. Nothing would go past him and every cross found his gloves. It was that classic prediction and joke that every keeper we face is Buffon incarnate.

Same goes for players like Berisha. I’ve lost count the amount of times he has been out of form until he faces us. Of course he got on the score sheet. It was destined to be.
Next up is Perth…

Best – Prediction: Perth Losing Streak Ends
Wait…that’s a worst for us I guess. Its written in the stars. Perth hasn’t won a game in forever but when they host us on Sunday night, they’ll hit flying form, everything will click and they’ll tear us apart and Kenny Lowe will be off the hook for another week. The knives will come out for Gombau again because that’s how journalism works.
At least the Perth v WSW game is at the END of the long weekend.

Best – Gombau Confused Over Stupid Questions
Every week I watch the post match press conference. Skip to 03:57 to hear a journo ask why he subbed on Scott over Santa. When this happened during the game, it was rather obvious to me. Lustica needed to come off and so Scott can play on the wing and thus the sub was made. Gombau explained that Scott can play wing and 9, and he needed to replace the 7. Santa can only play 9. If you have any idea on football, it was an obvious substitution. Why journos keep pushing this angle of “why isn’t Santa starting or being subbed on?” is beyond me. It happened before the game too. Santa cannot play 90 minutes every week. Its been that way for the past season and a half. He also played 2 and a half games in that 3 game in 8 days Festival of Football round. Do you drop the marquee Riera who has played 90 minutes in 4 games straight to appease these journalists? Riera offers a lot more than Santa. I’ve said it multiple times. He drops deep, draws defenders, becomes another option in build up, can provide as well as finish. Santa is an out and out striker and doesn’t have the legs to play what Gombau requires.

This is nothing against Santa. We all love him and he has the passion we all want in all our players. But he can’t play 90 minutes every week. But he can cause a massive impact off the bench when required.

At the end of the press conference journalists prove they don’t pay attention to what is being said or cannot understand what is really being said. They are always fishing for a quote out of context.