I’ve been putting off writing this week’s Best and Worst, but here it is. It’s quite easy and tempting to go “Worst and Worser” The End.
Let’s see what I can come up with after that disaster.
Note, I have not re-watched the game, so my observations are from experiencing it in the front row behind the goals and based on discussions/reactions post match.

Best/Worst – New Blood
We’ve all been crying out for some of the youth to get a run. But is using the Sydney Derby the best arena for it? Baby Baccus has made the bench a couple times under Gombau already, but this week he gets a start ahead of an AWOL Chris Herd. Lachlan Scott over Santa, to me makes sense. Santa can’t play 90 minutes. Santa can cause a huge impact and is a weapon off the bench if the team is searching for a goal. If Santa starts and the game is locked in a tight contest (lol) is Scott the answer to break the deadlock? I had no issue with Scott starting. Get the young kid to run around and hopefully tire the defence for Santa to come on and finish the game off. Despite not playing minutes in the A-League, Scott has been playing in the Youth League. Aspro keeps his spot so it is quite obvious that Gombau prefers him over Thwaite.

I was disappointed in Clisby starting ahead of Llorente. Risdon as a right winger where he has never played before was wasted. No overlapping runs (as I mentioned last week in regards to Llorente losing that ability when he was pushed forward). When Risdon dropped back to Right Back after Hamill was subbed off, immediately he made an overlapping run behind the defence.
Please, leave fullbacks in their natural position.

Worst – Tifo Denied
So apparently the above was going to be the Tifo created by the RBB. But it was denied. The official response by the RBB was that the FFA denied it. Rumours are some within the FFA stating they never got the application and the club denied it. Regardless on who denied it, the decision is ridiculous. The reasoning is that it was offensive. I guess Arnie is a protected species so calling him a clown is a big no no.
And the FFA wonder why crowds are falling and ratings are down across the board. Doing everything they can do destroy any semblance of football culture in this country.

Worst – Who Needs Defence?
I’m not sure what is going on here. Attacking players making unchecked runs into the box. Players completely unmarked in the box to hit shots on goal. Opposition players taking all the time in the world unopposed on the edge of the box to pick a shot. I know Gombau is very attack minded in his philosophy but this is something else. I started to wonder if his approach to defending is more zonal and not man to man. Its the only thing I can think of that will explain a lot of the goals we conceded. 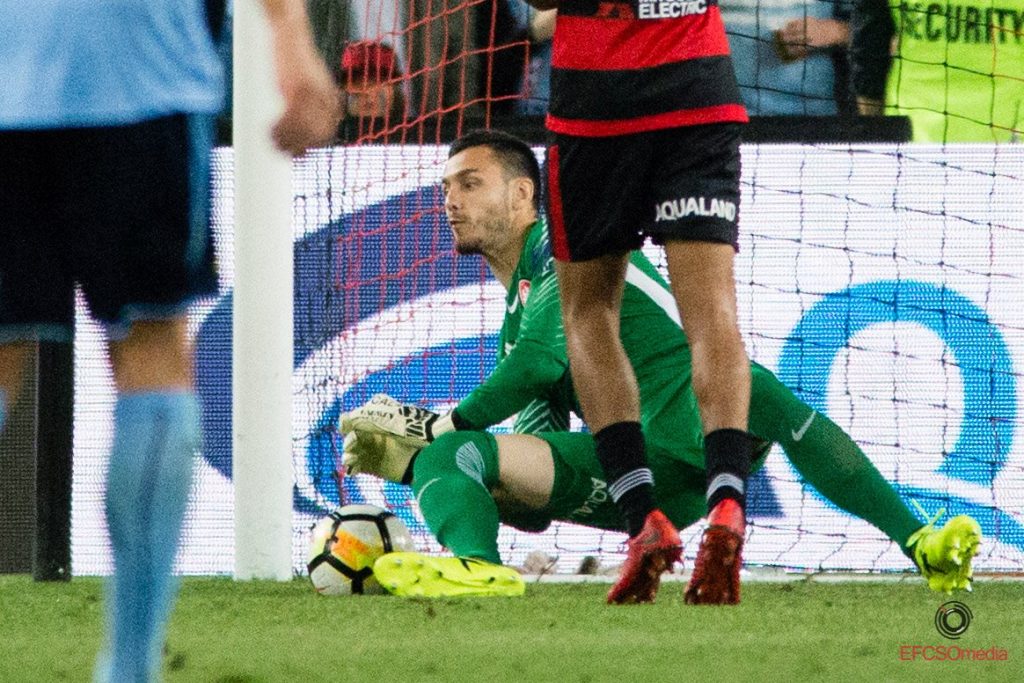 Best – Vedran, I guess
Despite shipping 5 goals, if it wasn’t for Vedran we would have conceded another 5. Arnold made a note of stating that multiple times in his press conference instead of just enjoying the win as it was. Vedran made some great double saves and kept us in the game for the final 30 minutes or so. But it was too little, too late by that stage.

Best – VAR Works!?
Finally a VAR decision that goes our way! Celebration time! But dropping the scoreline to 4-0 instead of 5-0 was little compensation. They probably overturned it because of that scoreline. If it was 1-1 and that made it 2-1, we all know that VAR wouldn’t even had looked at it. Take the small wins I guess…

Worst – Woodwork Woes
We all thought that finally Cejudo would break his duck and get on the scoresheet. But the best keeper in the A-League got a fingertip to his shot and it hit the crossbar. That would have been 1-1 and game on (maybe). I must admit, Cejudo has been disappointing for me. He shows glimpses of brilliance but he hasn’t lit up the league like we all hoped. Santa smashing into the post late in the game just summed up the entire match.

Worst – No Patience
Let’s get this straight. This team was put together by Popovic. He recruited players for his style, strong at the back, short on wingers and a big no.9 up front. We all applauded the early recruitment as it was the best prepared we’ve ever been.

Then he upped and left 5 days out from the start of the season. Foxe was used as an interim and I believe we won Round 1 vs Perth purely on the players banding together under solidarity in tough times. Foxe held it together for a few draws until Gombau was appointed. We know that Milicic was priority number 1 but he either wanted more money or the turmoil within the FFA and Ange leaving forced them to give him an offer he couldn’t refuse. So Gombau was it.
He came in and said it takes months (if not years) to implement his desired style. He said we have weeks. Everything Popa built, Gombau has to tear down and start again. He more than likely does not have the cattle that he wants to implement his style. In his post match press conference he states in Hong Kong with Kitchee FC, they struggled in his first season. They then won the next year. He pleads patience. The club knew what they were getting when they signed him.

But does the fan base have that patience? We all knew it would take time. Its only been a few weeks. The derby result hurts for all of us. But as Josh says in his article, in 12 months time the results and victories will be all the more sweeter.

Take a look back at @SydneyFC‘s demolition of the @wswanderersfc in the Sydney derby. To hear Graham Arnold’s thoughts, click here – https://t.co/iBIpHcWOcJ pic.twitter.com/lYgIblwuNE

Worst – Worst. Defeat. Ever
Its as simple as that. Our worst ever defeat used to be 0-4, against SFC. Now its 0-5. It could have been more.
Records are meant to be broken.

But Best – Silver Lining
During the game, for some reason I was reminded of walking out of Hindmarsh stadium in Rd 2 of the 2012-13 season. This was our 2nd ever game. Our first ever away game.
As we were walking out, an Adelaide fan gave us shit for not scoring a goal yet. I shook his hand and said “yep, fair play”.
Next time we played them, we destroyed them 6-1. How’s that for not scoring a goal and for revenge? We also won the Premiers Plate that season.
Football is all swings and roundabouts. One year you are hopeless and lose all the time. The next you are world beaters. Especially in the A-League. The salary cap causes this. Every team in A-League history has had highs and lows. This was supposed to be our high. But now its a low. But we know the high is around the corner.
Academy, new stadium, a rusted on coach with his style and system in place. Feel the pain now. Lavish the victories later. This is why we follow football. 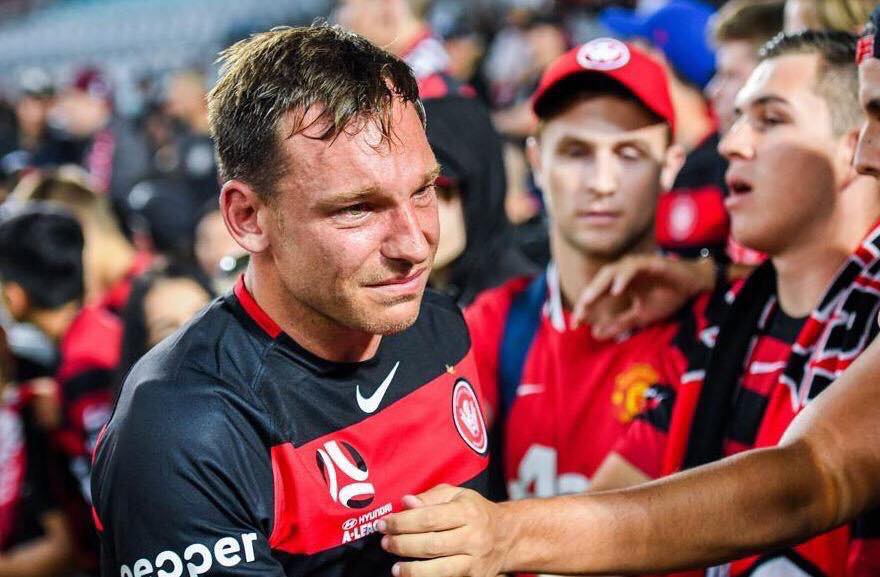 Worst – Santa Tears
Nothing is worse than getting destroyed by your cross town rivals then having to see Santalab in tears afterwards. This guy bleeds red and black and hurts more than we do after a loss.
If the entire team had his heart, we could take on the world. He was the first one over the barricade to approach the fans and to apologise. This is all we want. We can take losses. Its the manner of the loss and how the team approaches the game. If they are doing their all, fighting tooth and nail and we lose? We accept that. But if they lay down without a fight, that is when we get annoyed and frustrated.