Welcome to this week’s Best and Worst where a tough and exciting draw with the high flying Jets was witnessed.

Best – No Change to Starting XI
When was the last time we had the same Starting XI two weeks in a row? Amazing. It seems Gombau has now settled on his best XI, thus far. There probably is still movement possible in the midfield with Lustica facing challenges from Baby Baccus, Baccus and Herd. But I have a feeling the latter are on their way out.
Roly was defensive mid again and in my opinion had a good game there. He was always involved in the scraps and has the scars to prove it. An attacking bench that gives options if we need a spark.

Worst – VAR cancels Ikonomidis Celebration
Sexy ball from Carrusca, tidy finish from Ikonomidis in the opening minutes and we all celebrate. Then its cancelled a minute later due to …offside? Rubbish. Line ball so benefit to attacking team and all that. No but wait…12 minutes later we see a better angle and he is a step ahead and is offside. So the right call? Fine. But why are we seeing this 12 minutes later and not at the same time? Can’t we at home and/or the stadium get a direct feed to what the VAR is actually seeing so we can understand the decision? The implementation of VAR and the lack of communication is what is pissing people off about it. Even if the decision is correct, we don’t even know why.

This goal has the Wanderers 1-0 up over the Jets! #ALeague

Best – VAR Approves Penalty
Carrusca was very smart here. He flicks the ball to Riera, Riera flicks it back and Carrusca gives Topor-Stanley no option but to body check him and concede a penalty. Don’t listen to any “square up” talk. This was a legit penalty. VAR approved it so it has to be legit, right? Riera puts it away and justice is done and we are 1-0 up. Game on.
How good is Riera’s penalty? Sends the keeper the wrong way and hits the bottom corner of the net. Precise.

Best – VAR Grants Penalty
Now this one was controversial. NTS tries to clear a ball, it ricochets off Carrusca into his hand and the penalty is given by VAR. Protests abound, Merrick is livid, no one knows the handball rule: 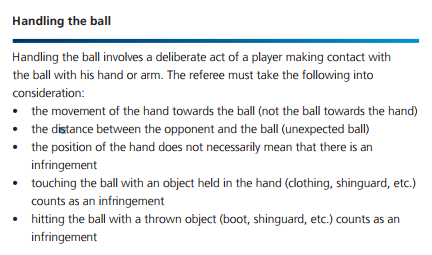 I can see it both ways. Yep, there was no deliberate action to from the hand to the ball. His hand positions doesn’t necessarily mean its a handball. But you know what? I don’t care. Let’s cast our minds back to Round 8 vs Adelaide. You may recall Cornthwaite getting a similar call against him. A penalty was awarded AND he was shown a 2nd yellow card. So NTS is very lucky not to get sent off here. So what is the difference between these two incidents? Nothing at all in my head. So despite it being harsh on Newcastle, we got done worse last time for a similar incident. Yay VAR?

Also, Riera now sends Duncan the wrong way again by picking the opposite side this time. Riera hattrick is on and I’m not there to see it. He knew this and we didn’t score another goal this game.

Best – Topor-Stanley: Once a Wanderer, Always a Wanderer
Topor-Stanley knows where his loyalty lies. To the club that gave him a new lease in life and his career. Where he lost half his body weight and became an asset in the backline. Where he won domestic and continental trophies as a captain. So to repay his loyalty, he gave away “controversial” penalties so it didn’t look too obvious.
Always one of us Nikolai. We’ll never forget.

Sequence of events from @Sproulie72 just for the @FFA. The first one sums it up for me. Ball in the air, both players in the air, both with eyes on the ball. Collision always going to happen. #WSWvNEW pic.twitter.com/6NY3h31nKT

Best – VAR Saves Vedran
Talk about controversy. But I can see why this goal was cancelled by the VAR. Hoffman actually makes no contact with the ball. He fouls Vedran and hence the ball is spilled into the net. If that DIDN’T go in, you’d think the foul would be called. The real question is why isn’t the ref calling it but relying on VAR all the time? One could argue that Vedran needs to do better. But keepers are a protected species these days, any contact on them is usually pulled up. Blame Peter Green for not blowing the whistle right away and letting the celebration happen before VAR intervened.

.@NewcastleJetsFC scored not just one but TWO screamers last night!

This hit from Dimi Petratos was also unstoppable.

Worst – Lazy Defending = Conceding Amazing Goals
We like to concede amazing goals don’t we. First Petratos, and then Nabbout. Both at crucial times and a lapse in concentration. Firstly, right at the start of the 2nd half. Secondly, right after scoring. Two times you’re told time and time again never to switch off. Its frustrating that we allow these kinds of players the space and time to score these kinds of goals. These are the ones that lose you points and halt your climb up the table. We need to do better here because its the difference between 6th and 4th and winning a knockout game or winning a derby.

The save of #ALeague Round 20 goes to @vjanjetovic 🖐

Worst – Vedran Leading Saves in League
You know you have a problem when your goalkeeper has made 30 saves more than the next keeper in the league. He has 90ish saves this season compared to Young from Brisbane who has less than 60. That’s ridiculous. All that tells me is that our defence is rubbish and Vedran is called upon way too many times to save our skin. No wonder we concede so many if your keeper is facing this many shots. Something has to give eventually and he can’t do it all himself. If it wasn’t for Vedran we’d be last with all the shots he has to face. The guy is a machine but Gombau has work to do in the offseason to fix this leaky defence and soft back line.

Worst – Risdon, Stop Shooting Please
Risdon had more chances than our entire front line in the 2nd half, and especially the last 20 minutes. I’m not sure why he was in the box so much or had the ball on the edge of the area. But if you’re going to insist on getting into these positions, learn how to shoot. Or perhaps let someone else do the honours. He could have had a hattrick of his own with the plethora of chances he had. When you’re trying to find a winner, you want someone with the ability to do it…

Worst – Cejudo Refund Please
..You’d think Cejudo would be that man. Paid over $1 Million in marquee wages, a one on one chance with the keeper in the dying minutes of the game and you’d expect him to hit it on target at least. Nope, he performed his best Zadkovich impersonation and hit it into P1 carpark somewhere. I know he’s been injured for “1 week” for over a month and probably rusty. But I believe he has 1 goal? A couple assists? His output is worse than a squaddie like Sotirio. Ikonomidis has done more in two and a half games that Cejudo arguably has done all season. We expected so much from him and he simply hasn’t delivered. Not for the money he is on. We ripped on Jumpei for taking a Visa spot but Cejudo is taking a Visa spot AND marquee wages.
We only signed him for a year, so expect him to not get an extension or be moved significantly under the cap next season on a much lesser deal. Even then, he’s hardly played this season so even under the cap he may be taking precious salary cap space and a Visa spot we could use to get some other random Spanish player Gombau had coffee with once.

Best – Competing With The Best
Despite all the controversy and whatnot, we still competed for 90 minutes against 2nd place and didn’t look too out of place. Yes, we only scored from the penalty spot but we created enough chances to score in open play multiple times. Jets are a good team, with many attacking weapons and a solid back line. This bodes well looking at the remainder of the season and preparing for the Sydney Derby on Sunday. Sydney are a different beast and with VAR normally on their side, we might not get the favourable calls next time around.

A game full of talking points to say the least…

Take a look back at Friday's contest against the Jets with Match in a Minute #WSW #WSWvNEW pic.twitter.com/xtUECtPprI

Best – Gombau Trolling Arnie
Post match Gombau was asked about the Sydney Derby and he responded with something like (paraphrasing): “If we win the derby, they will use the travel as an excuse, despite having 4 days to prepare for the game.” Love it. We as Wanderers fans have no sympathy for ANYONE in regards to travel. What we had to deal with in 2014-15 was ridiculous and every other team has benefited since, due to our pain.

If we win the derby Arnie will say “it was a tough trip from China midweek (despite us not playing on the weekend before) and we had some tired legs out there. This is ridiculous. The FFA moved the derby 30 minutes early on a Sunday night which wasn’t enough time for us to recover.”

If we lose the derby Arnie will say “we da best. See nothing can stop us, even travelling 50 hours 5 days ago. This team is the greatest thing in World Football. VAR? Not that was legit, Simon did not break that guy’s leg.”