We’re back for another rain soaked encounter with one of the favourites to win the Championship. The bleak and doomsday weather we seem to get every week surely is a metaphor for our season.

The line-up is in for tonight’s match against the Victory at @ANZStadium #WSW #WSWvMVC pic.twitter.com/v2JLk2A2MF

Best – Youthful Exuberance
Tate Russell was the surprise inclusion in the Starting XI. This comes a day after Mathieu Cordier was promoted from the Academy to a senior contract and days after Lederer’s letter to the fans detailing the Academy developments.’
Russell took Llorente’s place in the starting lineup with Llorente dropped completely. After Babbel’s comments in the post match presser, it seems we won’t see Llorente again.

Russell did not look out of place for the entire 90 minutes. He showed positional awareness, grit and determination throughout the match. Intercepting multiple balls, great tackles and chasing down the opposition. Everything he did was applauded, as it should be. Babbel has given a number of youth a chance this season and Russell definitely took it with both hands. Let’s hope it’s the start of a long and successful career at the Wanderers. His performance and attitude should be a standard the rest of the team need to adhere to.

Best – Dominating Championship Contender
Watching this game, you would be forgiven in forgetting the Wanderers were at the bottom of the table and Victory were Championship contenders. For the majority of the match WSW had Victory camped in their defensive third. Victory were uncharacteristic in the amount of mistakes they were making, struggling to get out of their half for long stretches. WSW were winning the second balls and forcing errors. Victory only really attacked from the counter – which is a staple of theirs since the A-League began. It was a far cry from the last time we played where Victory completely dominated us.

Worst – Not Taking Chances
All that domination means nothing if there is nothing to show for it. And as the story of the season goes, WSW dominate teams for large periods but don’t put their chances away. The stats show our domination: 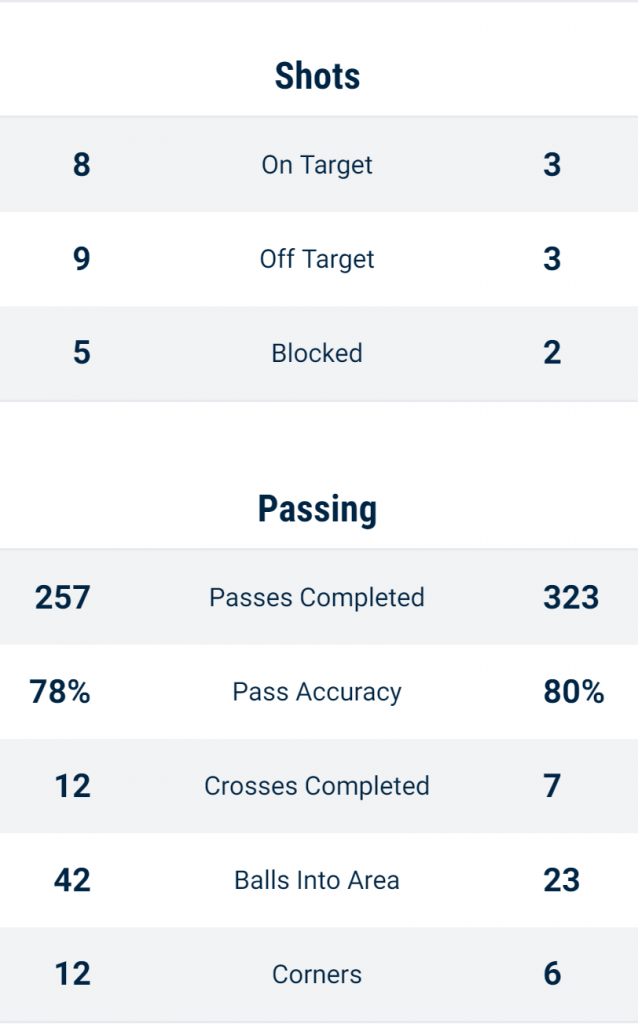 Triple the shots, double the corners, crosses and balls into the area. This is all well and good but the only stat that matters is the score. Babbel has mentioned it for multiple weeks in a row now, we simply cannot score goals. The opposition defence and goalkeeper is named man of the match which tells you everything. It means WSW are peppering the goals but simply cannot get past the last line of defence. Thomas was immense again against us. If it weren’t for him we would have won this game comfortably. This is not just on Riera taking his chances, it’s on the entire team because the chances in this game fell to half of them.
Take our chances, and we start to win games. Babbel’s game plan worked. He can’t do anything if the players aren’t scoring with the plethora of chances they are creating.

Worst – Defensive Lapses
And as the story goes, you don’t take your chances and the other team has one and scores. We all saw it coming a mile away throughout the entire match. It’s our lot in life at the moment. The first goal was poor defending from our part with Troisi having all the time to thread the ball and the second was worse and extremely lucky for Victory. The only positives that Melbourne can take from the match is that they came away with the points because they scored 2 goals. These defensive lapses seem to be a regular occurrence for the team but they appear to be worse because of the lack of conversion at the other end of the park.

Best – Riera Handing AB10 the Penalty
It was said last week that Riera should step away from taking the penalties because his confidence is shot right now. When the penalty was given I saw Riera walk up to AB10. I was keen to see what their exchange would be. Would Riera demand the ball to break his duck and help his confidence?
Instead what I witnessed live was very heartwarming and showed a sense of unity. It seemed Riera basically told AB10 “you take it”, shook his hand/bro hugged him and walked away. To me that told me that the team comes first. The result comes first. Forget personal ambition, we need a damn goal and a result here. Riera acknowledged that he has been poor from the spot and was humble enough to hand the responsibility over to AB10.
AB10 slotted it away and the goal we so desperately deserved was scored.

“Fans with ❤️ @wswanderersfc – time to play your part! “ blunt message from red and Black bloc who return and are in fine voice. 🗣 #wswvmvc pic.twitter.com/UNsjQVFhkz

Best – Fans Appreciate the Fight
All WSW fans have been crying out for of late is for the players to show some passion, fight and determination when they wear the red and black. That’s it. We don’t care if we lose. All we want is for them to represent the area and stop being half hearted about it.
This game, the players did show the desire we wish for. They fought to the end. They dominated the Champions Elect. They did everything they could except score.
Last week at full time, the entire stadium booed. This week the entire stadium applauded.
It really is that simple.
Show grit, determination and passion and we’ll return it in spades.
Now do the same against Wellington midweek and we’ll be right behind you again.

🔊Hear what the boss had to say on last night’s performance #WSW #WSWvMVC pic.twitter.com/h8z2aSeGWE