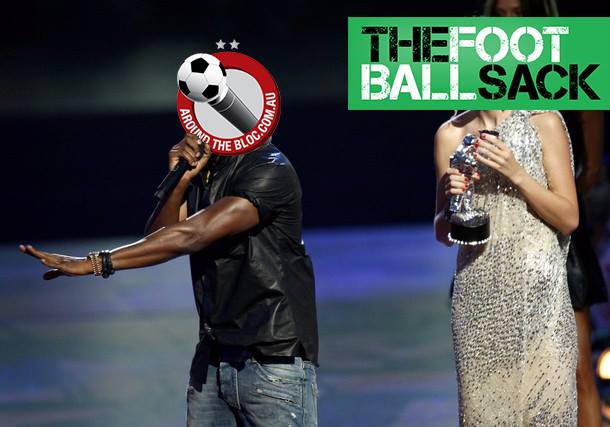 Around The Bloc’s monopoly of the Podcast D’Or is over, as fans awoke on a grey and gloomy Friday morning, shocked to hear that their favourite podcast had not made the shortlist.

Looking to add a third star to their logo (or change it to a single star with the number 3 in it), most of the hosts of Around the Bloc were speechless, apart from Nick Nova who never stops talking. When questioned, he couldn’t put his finger on where they went wrong.

“I mean, we gave them as much info as we could about Al-Nassr, all the local restaurants – we even spoke with our mouths full on occasion so the fans could tell we weren’t lying”, said the mouthy Macedonian, and he has a sneaking suspicion about what the issue could have been – “It’s not our fault the Y-League information on the website wasn’t up to date! Our info is only as good as the sources we copy it from!” he complained as he stormed off, muttering something about needing a bigger drum.

There are reports coming through that the other members have been committed, apart from Speccy who hasn’t heard the news as the WiFi was down at the ferry wharf.

2 thoughts on “SNUBBED: Around The Bloc misses out on FFDU Award nomination despite Alan Mtashar being the greatest guest host of all time.”