Sydney FC won the third Sydney Derby of the season thanks to the Wanderers playing like d’apu-zzo they left Allianz Stadium with their tail between their legs, knowing they won’t go top-or close to it for at least another week. The atmosphere was, as the French say, La Rocca’n, and the 40,000 that packed the ground left the NRL journo’s saying ‘Ono!’, just like Meggsy said after that through ball to Garcia. It was a Bridge too far for the Wanderers though, and Santa came early for the Sky Blue side of Sydney.

Finally, the Red and Black hoops are off to China to ask ‘Guizhou, where you goin’ with that gun in your hand?’ and then back to play Adelaide at Wanderland.

This is Around the Bloc.

Thanks to Cosy Kitchen Catering for sponsoring this weeks podcast! Check them out at 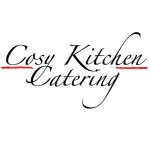