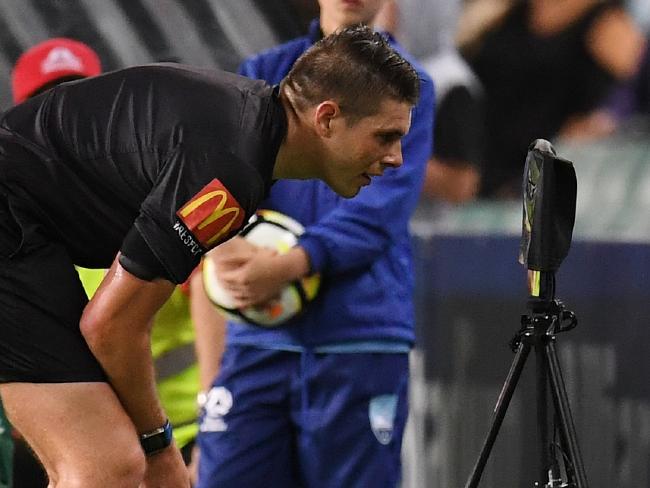 The Wanderers broke an eight game winless streak by scoring two with no reply against the Central Coast Mariners in Gosford tonight.
In normal circumstances, you’d say it was a deserved win, and if you look at it objectively they played the better game and got the goals.

However, this is the A-League and nothing has been straight forward this season.

Two contentious decisions make Paul Okon absolutely fume and I can sympathise with him. VAR was used to check on two challenges from Mariners players who both, on VAR review, were given red cards. Were the challenges red-card worthy? Yes, they were. Should the VAR have been used for them? In my opinion no as they were clear enough for a straight red without the use of the VAR.

As the Wanderers were already up by the two goals they would win by, the first red card was given 12 minutes after the second goal and the second red 12 odd minutes before full time. I can see how the people may argue that it changed the outcome of the result and hence would be a ‘non-result’.

What people will (and have) argued is that the VAR has finally now had them all but stop watching the A-League.
We (Wanderers) on the receiving end of calls against us with VAR have been getting them for weeks, almost in every round. Many other teams have had calls for and against, but inconsistencies on who gets them and for what infringement is still not determined and probably never will be.

Tweets from the SFC v City game about VAR didn’t seem that disheartened (followers of mine will know I dropped a few, and have been for weeks on end), about the calls made or not made in that game. A legitimate goal not given (which it why I’m in favour of goal-line technology) which eventually was given after VAR review and a ‘grey area’ for a deliberate off the ball kick by Bobo where the VAR was uncertain whether it’s yellow or red. Really. Strebre, you’ve outdone yourself yet again.

Readers who are not of the Wanderers variety will say that I’m being biased and there is that element to it as majority of calls in SFC games have gone their way, however I am not happy that the VAR was used in our game tonight either and have wanted it out since word of it being used was out. Too many big calls to make have almost made the referee void of decision making, needing to have a look on that tablet on the sideline for confirmation.
At what point do we give up with refs and have just one sideline referee watching everything off a screen and making calls that way? I know I’m stretching the imagination, but it feels like that is near enough.

What has caused the axe to drop on your position of the VAR? Why now? Why not after the first few rounds, or when your team was getting the favour of the call in their particular match?
I will say that journos and many fans are making themselves known to be done with the A-League and VAR so long as it stays and with hashtags #VARout and comments like “it’s killing our game” spreading, it may be yet until we can all be happy at watching our game.

But again I ask, what took you so long to join us?

One thought on “Late to the VARty?”